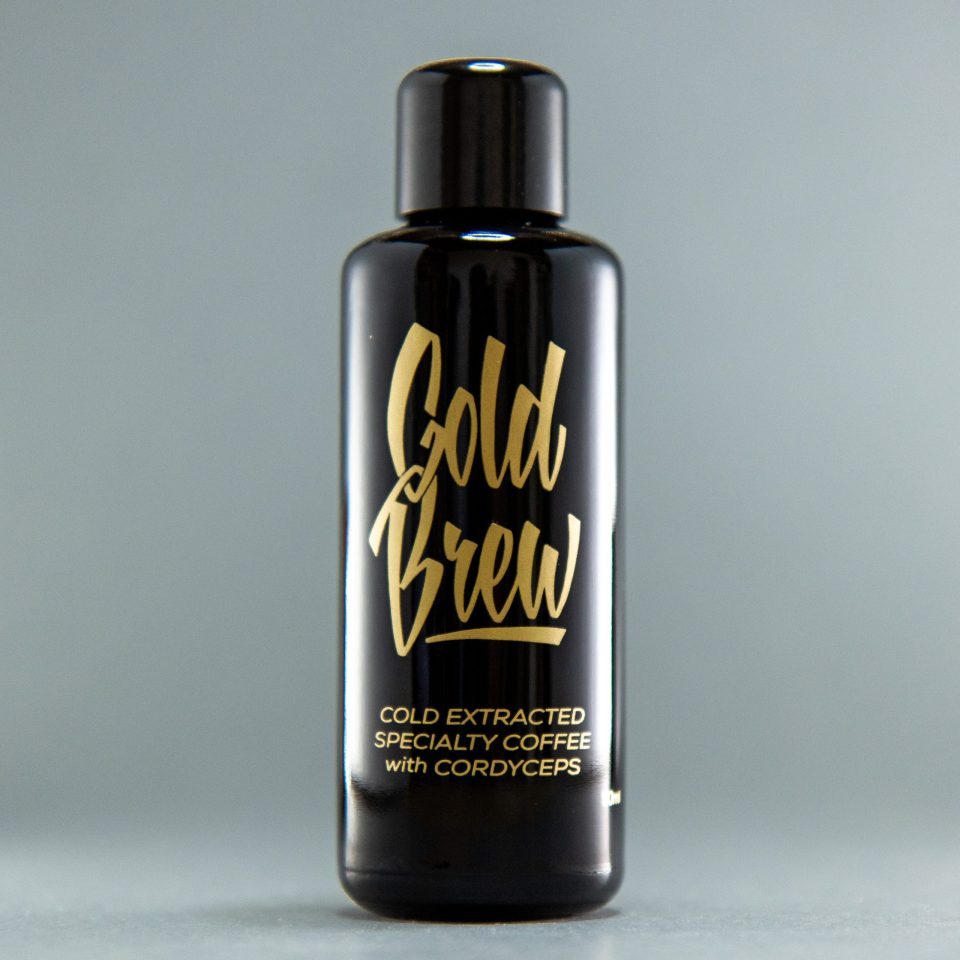 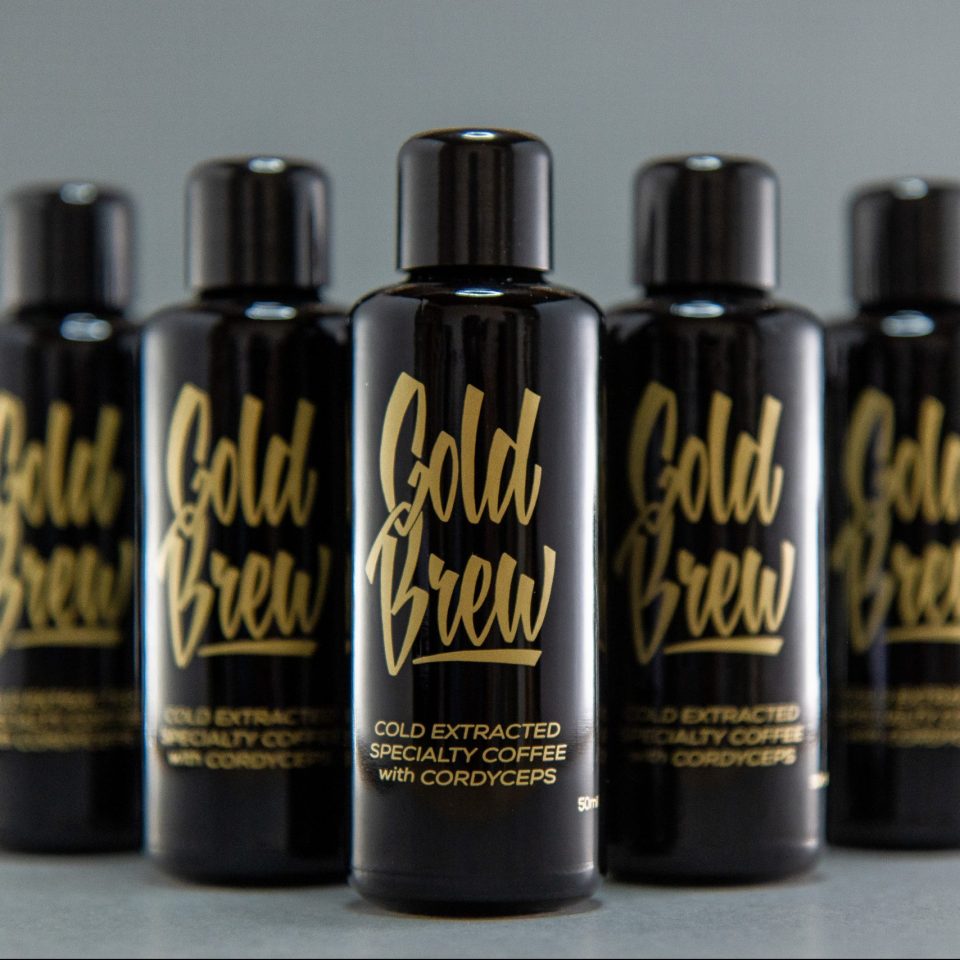 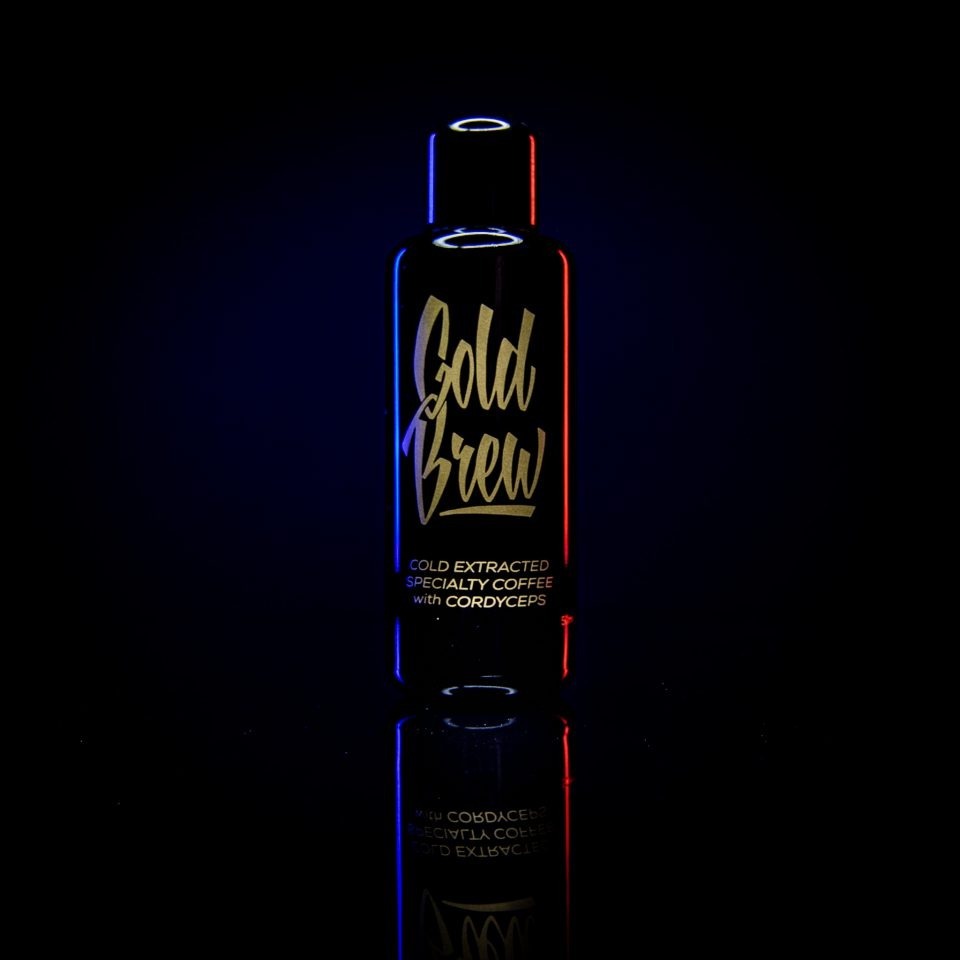 30-40 minutes before workouts or demanding tasks. (Shorter for consumption on an empty stomache)

Open a bottle of cold GOLDBREW and enjoy. We made GoldBrew with a fine balance of functionality and enjoyment.

Optimising the biochemical processes in our bodies on our way to become a better self; we take the best that nature provides and make it better.

Due to the unique extraction process we have created a coffee experience like never before.

We used coffee from the Abakundakawa cooperative from Rwanda, where the coop members are being stimulated to increase biodiversity of their land via regenerative agroforestry practices. This way the soil becomes more immune, more fertile and crop yield rises. This coffee will become better every year, a true KAIZEN coffee. It’s a high grown and high grade specialty coffee which provides your Gold Brew with fruity flavour notes.

The other part is a rare single farm fine robusta from Thawat Khoniak from Chiang May, Thailand. A 3rd generation robusta farmer in a wheelchair producing robusta for quality instead of volume. A direct connection to our market makes it possible for him and many other farmers to escape the degrading traditional trade. Making his approach very KAIZEN proof and he has our full support.

The robusta produced by Thawat contains twice as much caffeine compared to an average arabica variety. Due to the specialty processing of the coffee at the farm, the taste can outperform many of these arabica’s with ease. Another big plus is the amount of polyphenols that also exceed many other varieties.

A robusta coffee has the potential to become a unique superfood if produced with a KAIZEN mindset. 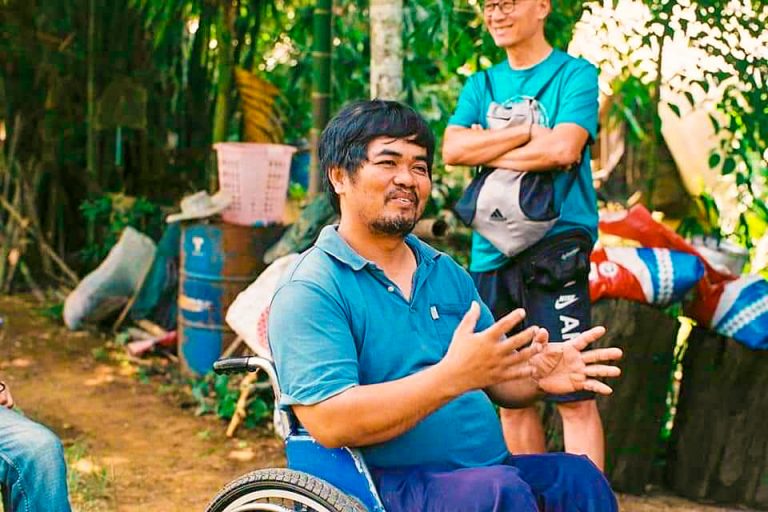 Cordyceps Militaris is a parasitic fungus known to infect insects and arthropods. A well known mushroom used in ancient Chinese medicine for over 4000 years.

The revival of this secret tonic herb is due to the Chinese succes on the Olympic Games in Beijing. It became known that the Chinese athletes were using a herb called cordyceps. According to the traditions in Asia it is believed to give you superhuman strength, immunity and potency. Of course we biohackers don’t believe this, but being an athlete with everything to gain and with the Kaizen mindset on the hunt for improvements, we tried it and studied it. Now state of the art science can back up what folklore has us believe. 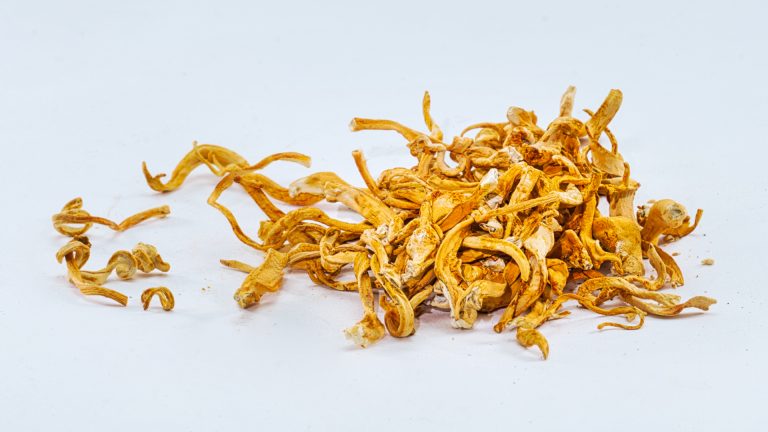 The working substance Cordycepin has proven in many scientific studies to increase the VO2max, the amount of oxygen you can use during sport. Increasing this is considered the holy grail and except from training, there are not many ways of increasing this.

The Cordyceps extract in KAIZEN – Gold Brew is organically cultivated and extracted at a facility located deep in the forests of Finland.

One of the KAIZEN promises is to know exactly where the product comes from and how it’s being produced, otherwise we would never be able to make any promises about the quality and the benefits for you and your body.

Some of the scientific claims of the many potential benefits of Cordyceps include:

Our personal advise when to consume:

Find out more about us in this KaizenBioTech podcast episode (DUTCH)